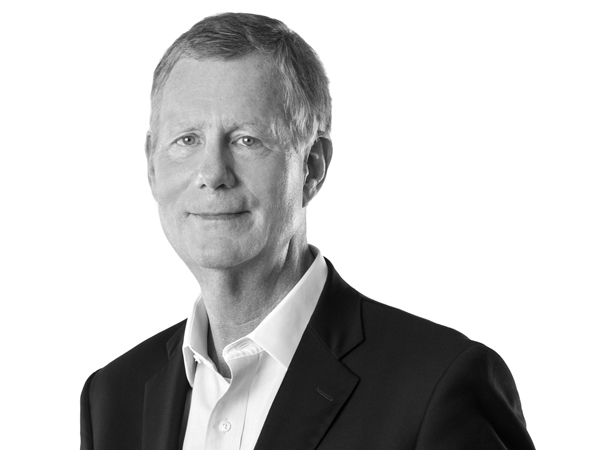 By Susan Williamson January 31, 2020 No Comments

Matt Neff, one of Evolution Capital Partners’ Senior Advisors, recently explained a very special investment in his personal portfoilo in an article in the Indiana Business Journal.  Chondrial, soon to be known as Larimar Threraputics, has made significant progress towards the treatment of certain mitochondrial disorders.  Read on to learn more about the company’s exciting advancements as well as the investments that have made them possible, or read the article here.

A recently announced transaction had a personal connection for me.  Zafgen, Inc., a publicly-traded drug company headquartered in Boston (NASDAQ: ZFGN), announced on December 18, 2019 that it was merging with Chondrial Therapeutics, LLC, in a reverse merger, giving Chondrial owners control of the newly-merged company.  Chondrial was founded upon intellectual property developed by R. Mark Payne, M.D., a faculty member at the Indiana University School of Medicine.  Intellectual property of the company was licensed from IU and Wake Forest University.  I served on the Board of Chondrial, and as the parent of a child who had a mitochondrial disorder, the progress that has been made has been very exciting.

Chondrial was founded in Indianapolis in 2013, by Dr. Payne and Chief Executive Officer Steve Plump, a former Lilly executive. I joined the Board of Directors with an angel investor, Tom Hamilton, who also had an affected child.  The goal of the company was to develop a drug for a rare disease, Friedreich’s Ataxia (FA), which predominantly affects children and young adults. In FA, a key protein, Frataxin, is missing from the mitochondria located inside cells.

The function of mitochondria is to provide energy for cells in the body, and they are present in high concentrations in energy-dependent organs, such as the brain, heart, and muscle. The clinical manifestation of FA is a progressive loss of neurologic functions, such as the ability to walk and control body motions, as well as progressive development of a fatal heart disease. Patients with this disease frequently die as young adults. There are other forms of mitochondrial disease that are frequently fatal, due to the impact on high energy-demand organs.

The angel investment allowed the Company to commercially manufacture and test its new drug in animals. Based on these findings, Dr. Payne and Chondrial Therapeutics, LLC, were awarded a highly competitive grant from the Therapeutics for Rare and Neglected Diseases (TRND) program at the National Institutes of Health in 2015. The purpose of this grant was to further the preclinical development of the drug to the point of application to the Food and Drug Administration for clinical trials. In addition to contributing to the development of the drug, this award also raised the public profile of the company, resulting in multiple discussions with investment firms.

In December 2016, Deerfield Management Co. invested approximately $25 Million in Chondrial, to pursue the development of its lead drug asset, by then known as CTI-1601, which delivers the protein Frataxin to protein-deficient mitochondrial cells in the human body. The Board of Chondrial selected Deerfield as its partner due to the shared devotion to getting the drug approved and to market in the shortest possible time.  At the time of the Deerfield investment, Chondrial was relocated to the Philadelphia area, and has been operating there since that time.  Investors have since invested significant amounts of additional capital.

The transport mechanism used to deliver the missing protein to the mitochondria is novel. The missing protein, Frataxin, is bound to a small cell penetrant peptide that has the ability to cross into tissues and cells, pulling the Frataxin with it. Once inside the cell, the protein is then internalized within the mitochondria, where it is processed and the Frataxin is released. This concept has broad application to other diseases, and will hopefully provide a platform to develop new drugs for other mitochondrial diseases. As a group, diseases resulting from mitochondrial dysfunction have no significant therapies today.

After several years of preclinical testing in animals, Chondrial was granted an Investigational New Drug (IND) application by the Food and Drug Administration in 2019.  CTI-1601 is currently in Phase I clinical trials in humans, has been granted Rare Pediatric Disease status and is being reviewed by the FDA pursuant to fast-track evaluation.  Chondrial Therapeutics also hopes to use its protein replacement therapy platform to design other fusion proteins to target additional orphan diseases, characterized by deficiencies in intracellular bioactive compounds.

All of this progress was based on the work of Dr. Payne, at the IU School of Medicine, and during his previous engagement at Wake Forest University.

The merger transaction is expected to close in the first half of 2020.  After the merger occurs, the company will be known as Larimar Therapeutics, Inc., and its headquarters will remain in suburban Philadelphia.  But with some luck, children with certain types of mitochondrial disorders will have cause for hope.

Susan Williamson focuses on her role as Chief Revenue Officer of Evolution Capital Partners, recognized for her proven ability to disrupt the micro market plateau. Susan knows how to drive sales management, create a repeatable sales process, and successfully scale from all operational facets on a rigorous schedule. Her deep-seated knowledge of CRM systems and pipeline optimization champions revenue growth that evolves organizations to the next level.