This year started off fast and its only going to get faster.  In early May, the Atlanta Federal Reserve reported GDP growth in the first quarter of approximately 6.4% which was possible in large part due to a combination of the euphoria of the vaccine roll-out, ongoing government stimulus and the expectation that the cost of capital will remain at historically low rates for the foreseeable future.  Even though 2020 was not as bad as it could have been in many parts of the economy, it seems everyone is trying to make up for lost time in 2021 and is operating at a frenetic pace.  I have observed that private companies seem to be on or ahead of budget through the first four months of the year, while many public companies are greatly exceeding earnings expectations, pushing the stock market to even greater heights.  The Biden Administration has extended unemployment benefits and is promising even higher levels of spending to support an economic recovery fully underway, as evidenced by GDP progress.

The combination of strong economic growth and expected tax increases, particularly on capital gains, is setting the stage for a frenzy in the M&A market for the second half of 2021.  Business owners who delayed selling in 2020 are determined to exit in 2021. Those who have been considering selling in the next couple years believe now is the time to do so, before long term capital gains tax rates increase dramatically.  Based on current proposals by the Biden Administration, long-term capital gains could more than double from the current high end of 15% to be more in-line with ordinary income rates which top out at about 39.6%.  Once second quarter 2020 financials fall off the trailing twelve month calculation (because most businesses rebounded in Q3 2020), many companies will hit the market trying to thread the needle between maximizing trailing twelve month performance after June 30th and any tax increases take effect on January 1st.

Targeted support for specific industries like travel and entertainment is clearly warranted because, even now, most of those businesses are still under some form of restrictions.  Many of these are small businesses that will likely never rebound.  Despite that, I would argue that continuing the widespread government intervention that was welcomed and needed in 2020 will have an increasingly negative effect on the normal functioning of our economy.  One can notice instances of Allen Greenspan’s legendary euphemism “irrational exuberance” in many parts of the economy including shortages in building supplies, computer processors and low wage labor, and higher real estate prices, all of which historically have been harbingers of higher inflation.  Further, we also have new-fangled assets created out of thin air like SPACs, Bitcoin, Dogecoin and NFTs (non-fungible tokens) as the newest path to wealth creation.

They say “Don’t fight the Fed,” but what if the Fed is fighting itself? 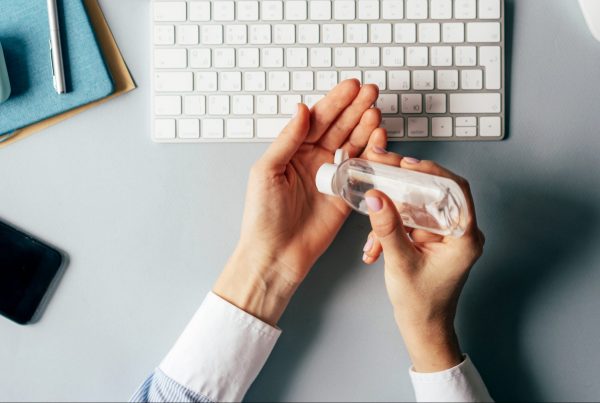 PE and the Pandemic